Florida sports, NFL betting and gambling law – How, what, where to play

To say the story of NFL/sports betting in Florida is complex and often bizarre is quite the understatement: A strange mix of conservative and progressive attitudes toward gambling have resulted in a mishmash of laws on everything from horse racing to daily fantasy sports. To cut to the chase, the state does not appear to be well poised to allow the taking of sports bets at Florida casinos just yet, that could change essentially overnight as legalization of sports betting sweeps the U.S.

Florida in the NFL, other sports

Sports occupies a strange place in the Florida landscape. In baseball, for example, the Sunshine State ass the traditional home of preseason baseball and training camps for four decades before the state was awarded its first MLB franchise in the early 1990s. It’s a similar story in football: The first intercollegiate game in Florida was played in 1901 and the Miami-hosted Orange Bowl has been a regular college football staple since 1935, yet it took the emergence of the rogue American Football League to get a true pro football club in Florida.

And clearly Florida was the most interesting state for pro football in the 1970s. Following the merger of AFL and NFL, the Miami Dolphins soon went on a run which included three consecutive Super Bowl appearances and still the only undefeated full season. The Tampa Bay Buccaneers joined the NFL in 1976 and soon drew comparisons to the 1962 New York Mets for their ineptitude, managing a 26-game losing streak to begin club history.

The Jacksonville Jaguars debuted in 1995 and, despite their status as the only Florida NFL team not to win a Super Bowl yet, their run of success was diametrically opposed to that of the Buccaneers. After the team’s first season, the Jags then appeared in the playoffs in four consecutive seasons including two AFC Championship bids. In fact, in the 21st century, the old guard Dolphins have been Florida’s most hapless NFL team.

A brief history of gambling in Florida and current state law

Legal gambling in Florida begins with Standard Oil CEO Henry Flagler. Flagler moved to St. Augustine for the health of his first wife and ended up staying there to marry a second. In the mid-1880s, Flagler bought the Ponce de Leon Hotel and established his Bacchus Club Casino on the premises in ’88. Flagler eventually had two more hotels built in Florida before his death in 1913.

Florida in the 1920s and 30s saw a growth in population, organized crime and illegal gambling. Chicago mob figures from Al Capone on down had winter homes in Florida, and gambling interest types ran “supplies” from the Keys to Havana. The legalization and regulation of pari-mutuel betting and slot machines was in effect by 1935, but naturally these enterprises tended to be dominated by the aforementioned criminal element.

A national crackdown on illegal gambling naturally coursed through Florida from the mid-1940s through the 60s, though illegal numbers games continued and sports bookies continued to do healthy business. And as in most of the rest of the country, Native American-run casinos began popping up in Florida in the late 1980s and early 90s – albeit without roulette, craps and some other table games – followed by the installation of slot machines and electronic games at horse tracks around the state.

Betting on NFL and sports in Florida

It wasn’t until the 2010s and the emergence of daily fantasy sports betting that Florida’s hardline stance on legalizing sports betting (other than on horses, greyhounds and jai alai, that is) has come into question – only to go mostly unresolved.

In 2015, the state attorney-general essentially made a “cease-and-desist” statement to DFS operators looking to do business inside the state of Florida. This worked to essentially chase the operators out of Florida – all except the biggies, that is. In Florida, DraftKings and FanDuel stuck to their stance that fantasy betting isn’t actually gambling and dug in for the legal fight.

Except that fight has yet to materialize. Florida is just one of five states that have no law either prohibiting or allowing DFS games whatsoever. Incredibly, not one bill regarding the legalization and regulation of online daily fantasy sports betting in Florida has made it past a committee stage of the legislative process – and what’s wild is that the same lack of movement has been seen (or unseen) vis-à-vis sports betting.

As late as May 2019, ESPN reported that Florida “[has] laws that prohibit full-blown sports betting. Such laws would need to be repealed or amended before full-scale sports wagering would be permitted. These states do not have any publicly announced bills devoted to sports betting legalization.”

Typically in states wherein Native American casinos make up a sizeable part of the given state’s gambling landscape, the regulation of sports betting (and any expansion to gambling in that state, really) is up to reservation casino interests. However, Florida’s Native-run casinos have been handcuffed from the go, restricted to Type II games (whereas most of America’s Native-run casinos are allowed Type III games) and have shown resistance to allowing licensure of more than the extant nine casinos. Thus may Florida be the rare case in which sports betting may not come to Florida’s gambling spots, even if the reservation-based casinos wish it.

As we’ve stated elsewhere on ms-pp, the simplest solution is probably to check out a reputable online sportsbook website. Quality-tested and -approved by international auditing bodies, sites such as those shown here on our pages are guaranteed to provide a great experience – and to be honest, probably more offerings than a “real-life” sportsbook, anyway… 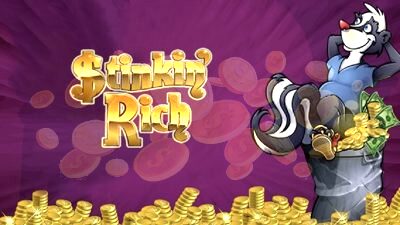