Let’s say you’re an adult at the Miracle City Amusement Park in Panama City Beach. The appeal of carnival rides and games is a tad limited, and you’ve absorbed enough sun in the past few days to fuel a solar-powered 20-room house for the next nine months: In short, you may be hankering for some more adult entertainment like a proper casino.

Unfortunately, there’s a modicum of bad news here. While Florida is home to a good three dozen gaming houses, casinos in Florida are essentially an Eastern thing and the great majority of classic Vegas-style gaming is to be found in the Broward County, Miami and Tampa areas.

Exacerbating this paucity is the graveyard spiral the sport of greyhound racing is experiencing worldwide: Some 40 states have banned greyhound racing altogether, and Florida is as of 2018 just one of five states still operating greyhound tracks, and 12 of America’s 18 such tracks are in the Sunshine State – but that 12 is quite a comedown from the 30 that were open throughout the state in 1990.

In fact, the nearest land based casino and gaming house to the Miracle City Amusement Park in Panama City is located some 80 miles to the northeast: Creek Entertainment Gretna was established in 2012 as a modern alternative to the dilapidated racinos of eastern Florida. And Creek Entertainment is no racino by the traditional definition. There are plenty of slot games for your enjoyment packed with jackpot slots offering impressive winnings for the luckiest ones.

Here, you can find horse racing, simulcast racing, an expansive poker room open from 10am to 4am daily, and three table games: Pai Gow, 3-card poker and something which in Florida casinos is called “1-card poker” but is essentially Casino War.

Notice what’s missing? Yep: All the electronic slots, including the jackpot slots, and most of the table games you’d associate with Vegas (and thus North American) casinos are not in play at Creek Entertainment. Slot machines and video poker are allowed in Broward and Dade counties only; state legislators signed exclusive rights to table gaming everywhere in Florida and electronic gaming outside Broward and Dade to the Seminole Tribe in 2010 for some $300 million plus per year. However, that deal expired in 2015 and has yet to be settled legally. Should the Seminoles eventually drop the case or refuse to re-sign the deal, casinos in Florida such as Creek Entertainment Gretna would certainly rapidly be offering slot games.

Have you ever seen some of those large billboards at the airports of LA, displaying “online slots real money” options? That’s right, who wouldn’t like to make some extra cash in any of the online casinos? Spinning yourself into massive payouts is not only an illusion anymore. These exciting slots games and the various jackpot slots can be an ultimate way to hit some truly life-changing winnings!

After all, back in 2012 upon the grand opening of the Gretna racino, representatives for the majority-owned Poarch Band of Creek Indians announced that future plans called for expansion of the place to include “a full service resort complete with hotels, a full equestrian center, quarter-horse racing and 2,000 slot machines.” This expansion would result in up to 1,000 new jobs – not to mention untold revenue from residents of western Florida, southern Georgia and eastern Alabama who need some real gambling actin in their lives. 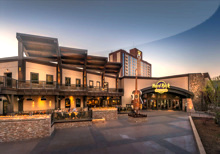 Online Gambling in the USA

The Best Casinos in Florida 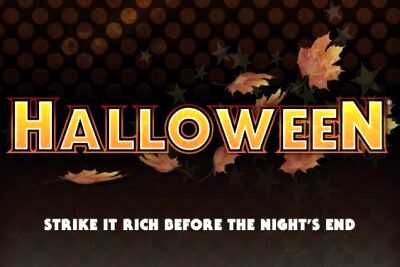