What separated Miracle Strip from other Amusement parks?

The Miracle Strip Amusement Park was based in Panama City in Florida. It was founded in 1963 and was shut down in 2003. Initially, the park was quite popular among the general public. It offered several rides among which some were similar to roller coaster rides while other entailed fun and thrill influenced by artificial effects of lighting, smoke, sound, etc. Though initially, they won the hearts of the people, with the passage of time, the park eventually lost the interest of park visitors. If we compare the theme of Miracle Strip Park with the themes of other entertainment theme parks, then we can notice a considerable difference between the novelty in the themes that other parks have in common with Miracle Strip.

The theme of Miracle Strip became old and hackneyed, but other parks kept on bringing innovations in their themes by offering new modes of entertainment to their visitors. Consequently, this difference made the Miracle Strip Amusement Park lose the interest of the public which only made other theme parks more popular among an ever-curious public. The Miracle Strip Amusement Park provided only one noticeable mode of entertainment that entailed riding through different styles of rides in the park. On the other hand, other theme parks managed to gather and provide such variety of mixed themes that were more modern in nature to the visitors needs and satisfactions. For example, the Universal Studios Florida made its park themed on the latest and most popular Hollywood movies, which always gathers attention of the public. As each year a new movie theme was added into the Universal Studios park, therefore, a large number of people continued visiting them in order to enjoy the real-looking scenery of their favorite movie made in the theme of the Universal Studios ride.

For instance, the Harry Potter movie franchise had ultimately launched an entire attraction theme within the Universal Studios lot, which lets the visitors pass through the streets that were depicted exactly as fans had seen in the movie. For instance, the street from where Harry Potter bought his wand is designed exactly the same in the Universal Studios Florida Park. Similarly, several other real -life scenes of the same vein as well as other movies have been also designed in the park. Similarly, the Disneyworld theme park has an ongoing business policy on launching new initiatives in the park every year. For instance, at a time when the Miracle Strip was losing the interest of visitors, the Disney company launched several new attractions and resorts such as its’ Animal Kingdom in 1998, Disney Quest in 1998, Disney All-Star Movies Resort in 1999, Villas at Disney’s Wilderness in 2000, Disney Beach Club in 2002, Disney Pop Century Resort in 2003, and several other tourism related themes in the years preceding as well as following through 2003. This indicates the reason behind the big difference between the success of the Disneyland theme park and that of the Miracle Strip.

In a nutshell, the theme of the Miracle Strip Amusement Park became monotonous and old. Nothing especially new was introduced in the park in the years when it was losing the interest of visitors; on the other hand, the management of other parks kept on updating the theme of their parks. Consequently, people payed more attention towards visiting newer theme parks and thus abandoned others such as Miracle Strip Amusement Park. It wasn’t until 2009 that the concept was revived in an attempt to bring back a sort-of retro novelty to the carnival-themed rides of the early 50’s and 60’s. The idea was a novelty that was born from a single carousel that was pulled out of the same storage of the old Miracle Strip Amusement Park. It grew from the memory that if sold properly, the novelty of nostalgia is more than modern parks can muster together. Just Google any site for the Disney All-Star Resorts fail and you’ll see that their themed motel concept based on their films has utterly failed. People are getting fed-up with Disney and many faithful fans of the ‘yester-years’ are disappointed in the profit driven mentality of the Disney corporation.

As if there has been an unprecedented call for the return to simple thrills- that are once again hot in the imagination and memory of those ‘old fashioned fun park rides’ that were as simple as apple pie and sweet lemonade. Sadly the new revamp for the Miracle Strip at Pier Park offered simple pleasures that had the spirit of the ‘old park’ with the promise of even returning the famed Starliner roller coaster, but was killed-off long before it could revive a long lost desire from amusement park fans. Was this in fact sabotage from bigger theme parks or perhaps social media trolls who decided to destroy a great park revival? For sure the Miracle Strip park concept isn’t totally dead as there may be hope to create something even more modern with a nostalgic twist to Panama City Beach just yet. 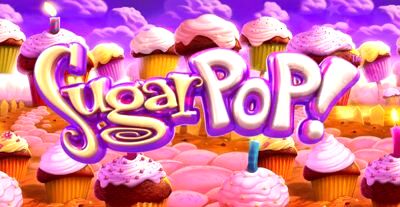