What ever happened to The Abominable Snowman?

The Abominable Snowman used to be a park ride at the old Miracle Trip Amusement Park. This park, and by extension this ride, has since closed down long ago, but left a rather sour taste in the mouths of the many fans this ride. That is why today, we’ll be delving into the details of the history and legacy of this particular attraction that people still seem to remember up until this day and age.

What it used to be?

The Abominable Snowman ride itself at Miracle Strip, was a standard series Eli Bridge Company Scrambler placed in the middle of a gargantuan igloo-shaped dome with a supposedly menacing to some, funny to others Abominable Snowman holding guard at the front door. When you gained entry to the ride itself, you had to pass under the legs of this horrifyingly humorous beast. Inside this lgloo was a dark, smoky atmosphere, supporting imagination as the ride began, the air conditioned cool temperature inside brought a winter atmosphere which was a very nice treat to those tortured by the intense, Florida summer heat outside. Mirrors were hung on all of the walls, adding to a feeling of claustrophobia as the riders slowly entered the Scrambler. Once all the riders were put in place by the operator, they would go back to the control booth to take control of the lights and music, the other operator would deal with the ride itself. When the scrambler sped up, the first operator's work would come to fruition, complete with flashing disco lights, strobes and other lighting effects. Fans loved the atmosphere it made as well as the sheer thrill of riding it.

What is it now?

Being a ride at Miracle Strip, the Abominable Snowman first appeared in the mid 60’s, which according to many older fans was its golden age. Rides like this made fans among people both young and old to the scene could be excited. The park was forced to close in September 2004 after opening for a day to let the employees at the park enjoy one last day of rides in a somewhat melancholic sendoff to the park’s rides and among it, the Abominable Snowman. The ride’s mechanics were stripped off of it, leaving the snowman and the building it was in in ruins, in May 2015, after the 1st restoration attempt of the park failed, the property has been cleared, and where once the Snowman stood, now only grows grass.

Is there anything similar?

Fortunately, the Scrambler was a standard model ride, this means that there are quite a few in the world like it that were produced. And while there is none with quite the theme of the Abominable Snowman, nor has a scrambler managed to reproduce its charm since, there are multiple kinds of scramblers similar to it out there today, like the Indiana Beach scrambler. While it is almost contrary to the Snowman, representing summer not winter, the Indiana Beach one is the closest to it in model type, and the atmosphere it sets. While for true Snowman fans, there will scarcely ever be a replacement, there is always hope that one day, Miracle Strip will get reopened again, and the Snowman will shoot its intimidating gaze at the riders once more. 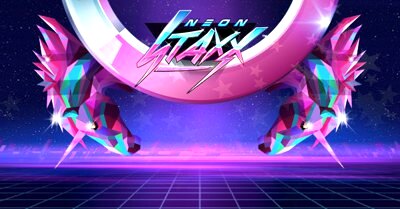