Are you ready for a nostalgia trip?

Welcome to the Miracle Strip Amusement Park, one of Florida's many abandoned former tourist hot spots. The Miracle Strip was set up in 1963 and was home to some of the earliest examples of theme park rides in the US. It was home to the Starliner, a roller coaster constructed from wood and steel as well as various other rides and an arcade. Among these was the New Musik Express, now a mere footnote in US theme park history.

What was the history of the New Musik Express?

The New Musik Express was a classic theme park ride based on a kind of German ride called a caterpillar. The ride has a train or carriages revolving around a central column and sends riders flying round at high speeds, subjecting them to G-forces that are comparable to astronaut testing facilities. It gained a cult status at the theme park alongside other iconic rides and experiences like the Starliner, The Haunted Castle and the Abominable Snowman. The New Musik Express has been imitated and recreated numerous times, and the original machine is though to have been relocated to a theme park in Mexico, although variations are available across the country.

What was the ride best known for?

The New Musik Express was one of the key attractions on the Miracle Strip. Designed by a German company called Mack, the New Musik Express was a spinning ride that would hurtle riders around at incredible speeds. Throughout the experience visitors would be subjected to blaring music and flashing lights. It had twenty carriages that could hold up to 3 people at a time, and was controlled by an operator from a control box, alongside the lights and soundtrack. What made the ride special was as much to do with the operator and the narration. As well as the combination of fear, adrenaline and excitement!

What made the New Musik Express so special?

The New Musik Express was known for its hair raising speeds and stomach churning revolutions. But in addition to this there was a retro charm and campiness that is hard to recreate. Right down to the flashing neon lights and energetic music, the New Musik Express was one of the Miracle Strip's best options for thrill-seekers not wanting to queue for the rollercoaster. The New Musik Express has since been copied and redesigned countless times, as a rock and roll dance hall and as the Hurricane, a colorful themed ride with the same underlying components.

Where can you find the same ride today?

If you don't fancy trekking to New Mexico to find the New Musik Express in its final resting place, you could find a number of theme parks across the U.S. offering the same rides. Kennywood Park in Pennsylvania is one amusement park that still has a working New Musik Express as one of its attractions. The SDC Amor Express, known in the business as “The Love Machine” is also a very similar ride and is still operating in some theme parks in Europe. 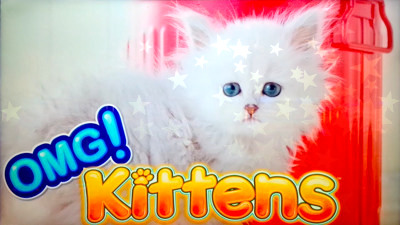