Nothing was bigger at Miracle Strip than the Starliner roller coaster!

Miracle Strip amusement park, which was located in Panama Beach is one of the more famously known abandoned theme parks in Florida. The park was designed and built by John Allen in 1963 and its main purpose was for people to enjoy themselves in the park with their families and friends. The Starliner is one prime example of what made the Miracle Strip amusement park become more famous and even increased the number of tourists who visited the place to see a real carnival-like setting done by Allen.

Due to the significant and impressive growth of Panama Beach and the surrounding areas of the city, more rides were added over time to even boost the appeal of Miracle Strip as a whole. With this it was obvious that some challenges, like the lack of funds that can hinder the proper park operation. Lack of enough space to expand, as it may also become a big problem with it due to future changes in the park if they wish to add more rides.

The history of the roller coaster

The oldest roller coaster is said to have originated in the Russian mountains which are now known as St. Petersburg, which was built in the 1784, however there are a lot of things that St. Petersburg likes to boast about and to date they still don’t have proof their roller coaster existed. Now as far as reliable proof goes, the first roller coaster built in 1817 in an area known as Promenades Aeriennes, which was located in Paris. This ride featured the familiar wheeled carriage that were locked onto the track, as to maintain a high speed. By 1885, Phillip Hinkle invented a full circuit coaster which was the first to follow a circular track that could be ridden over and over without needing to be reset. This new track innovation is what made Coney Island a major attraction center since it featured the thrilling initial lift to the top which he dubbed: ‘gravity pleasure’. It wasn’t until 1886 that LaMarcus Adna Thompson patented and built a roller coaster that were the first to contain dark tunnels with painted scenery along the coaster track.

The roller coaster is officially divided into two categories: the steel roller coaster and the wooden coaster. Most of the classic fans do prefer the wooden versions, but they don’t last for long for various reasons. In 1959, Disneyland introduced the first roller coaster to use a steel track which became an industry standard for many modern amusement parks but this didn’t exclude wooden coasters as a whole. Most people don’t know that if a circuit does not have enough kinetic energy to fall from its highest point, it can cause the train to ‘valley’, which literally means it will stop in the middle of the track. Some of the safety measures that have been introduced over the years including the block system where a track can hold two or more trains on the same track with timed blocks that prevent them from colliding. These new systems allow technology to keep a record of each train as it travels across markers which signal when it is safe to allow a new car to enter the track. Of course there is always daily maintenance to check for wear and tear issues, and the occasional breakdown is always around the corner.

What was the Starliner best known for?

The Starliner roller coaster was one of the first major coasters to be built in Florida and was the prime attraction at the Miracle Strip Amusement Park itself. Being the focal point of the whole park, the Starliner track was visible from any point inside the park and from nearby roadways and beaches. All of the trains were a standard three bench ‘PTC’ rolling stock carriage, which contained a single seat belt for both of the riders per cart and also a single-locking lapbar.

Once on the ride you would roll downhill to pick up a little speed before it engaged the lift, which was a 70-foot climb up the hill. The rest was pure anticipation as the peak got closer. Going over the crest, the track appeared to be straight down even though your mind knew it was not. There was no time to ponder the illusion, because then, you were trying to get your brain and stomach to agree as the cars zoomed down 65 feet. The first drop was followed by a shallow speed hill and a third drop that was nearly as tall as the first. At the bottom of the third hill you enter a tunnel with a facade painted like a dragon’s mouth where riders would get their first shock when the train swoops over some hidden ‘bunny hops’ before the big turn-around. After the tunnel, the track loops around and hugs the previously-traveled track. Right before the ride was over there are several more bunny hops added for more airtime, before you reach the boarding station again.

Where can you ride a similar vintage model of this ride today?

Due to the enhancements in technology and the development of bigger and better coaster rides have captured a faithful following but somehow they lack the style of presentation like the older coasters had. Since then, people have learned how exciting a wooden coaster can be, and it actually has created a whole tourism sector dedicated to groups who rate the very best classic coasters all across the nation. Some of the examples include: The Cyclone at Coney Island, The Phoenix at Knoebells, The Comet in Six Flags Great Escape that are all vintage coasters still operating to this day. As for the Starliner, it still sits in storage waiting for a possible new owner to dust it off and rebuild a long-lost legend. 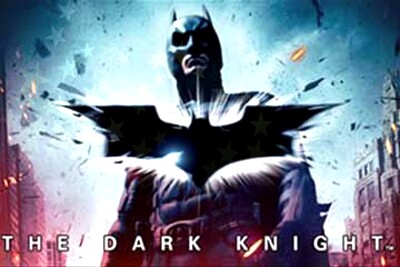